Japan Religion: The 4 Most Common Religions

From Shinto to Confucianism, to Christianity, find out how this diverse range of religions in Japan affects the lifestyle and culture of Japanese people. Here are 4 of the most common Japanese religions.

Religion in Japan primarily consists of Shinto, Buddhism, Confucianism, and Christianity. The main religions of these are Shinto and Buddhism, which can be seen in the many shrines and temples around Japan. Although religion is rarely practiced by most Japanese, it defines Japan’s identity and strengthens family and community ties. Here are the 4 main religions in Japan.

One of the notable landmarks in Kyoto, Japan is the red gate (torii 鳥居) of the Fushimi Inari-Taisha, the head shrine of kami Inari (the protector of rice cultivation), and one of the 100,000 Shinto shrines in Japan. During the Meiji Period, Shinto was even considered as the state’s religion. The main religion in Japan, Shintoism, is practiced by 80% of the population. The word Shinto means “the way of god (kami 神)”, and it is the belief that all unique living things (an old tree, a shaped rock, a tall mountain) in nature contain a kami.

When you visit a shrine, you need to enter through the torii onto sacred ground. There are two colours of torii: red and white. Red symbolises vitality and protection against evil, while white represents sacredness. Before entering, you must bow in front of the torii and take the first step with your left foot, walking on the left hand side of the shrine, since the centre is reserved for the kami. Then, purify your hands in a stone basin with a bamboo ladle (chozuya 手水舎). There are no strict rules when it comes to praying, but you must bow twice, clap twice, and then bow once more (nirei-nihakushu-ichirei 二礼二拍手 一礼) before you leave. In the Shinto shrines, you can also get strips of paper (Omikuji 御神籤 ) which are fortunes that have predictions of either blessings or curses. Since it is the celebration of the spirituality of this world and having a life that is in harmony with nature, Shintoism is mostly practiced during weddings and other celebrations. Although Buddhism began in India in 500 B.C.E, it was not until the 12th century when Zen Buddhism became the primary practice of the Japanese people, and is still widely practiced today. A mixture of India’s Buddhism and Taoism, it began in China then spread to Japan when the Korean King Seong of Baekje sent Buddhist missionaries to Japan. 69% of Japan’s population believe in Buddhism, making it another main religion in Japan. While Shinto is practiced in weddings and celebrations, Buddhism is mainly practiced during funerals since it revolves around the soul and the afterlife. Almost 90% of funerals in Japan are performed by Buddhist monks. Shinto and Buddhism are believed to complement each other, with Buddhist temples built next to Shinto shrines, creating a place called “Jingu-Ji” (shrine-temples), where both religions can coexist peacefully.

Upon  entering a Buddist temple through its house-like entrance (sanmon 山門), you should purify yourself at the chozuya, the same way as you would at a Shinto shrine, before praying. At some temples, incense sticks are available to purchase and burn as prayer offerings. Similar to Shinto shrines, you can also purchase a fortune, but if you receive a curse, you can twist the fortune around a tree or fence. You can also purchase and write your hopes or even read others’ dreams on an Ema plaque on the front of a wooden board at the temple. 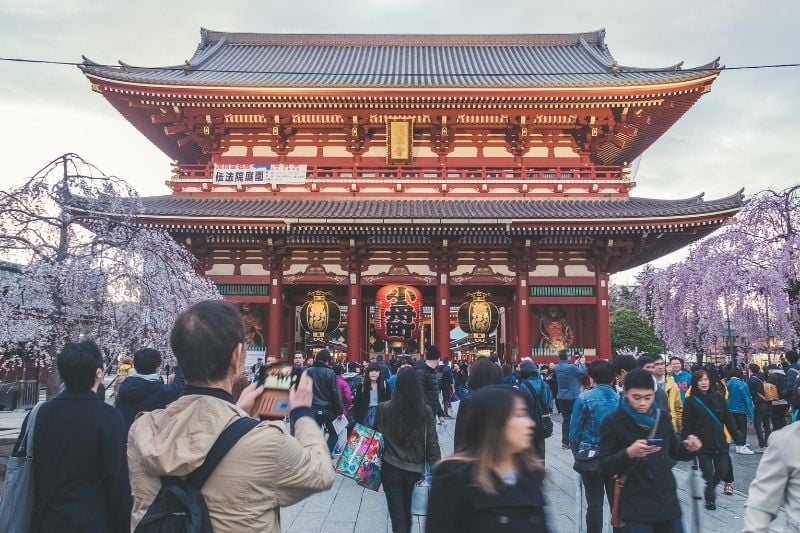 Confucius was a famous Chinese philosopher born in 551 B.C.E. The religion was introduced to Japan by Koreans in 285 C.E. The main belief of Confucianism is the idea that all human beings are fundamentally good, and it mainly focuses on the principles of showing loyalty, morality, and humanity. Although not many Japanese people identify as a follower of Confucianism, we can still see the principles of the religion being reflected in the way Japanese people interact with each other in familial or social gatherings, and relationships. Christianity in Japan is still considered a foreign and western religion, and is a minority religion practiced by only one percent of the nation. Catholicism was introduced to the country in 1549 when Francis Xavier and his group of missionaries arrived in Japan. It was originally used with the intention of promoting western trading. But in 1587, the Japanese samurai Toyotomi Hideyoshi issued an order to ban all Christian missionaries due to Christianity’s conflicting beliefs with Shinto and Buddhism that would last for 260 years. Although there were still some “hidden Christians” remaining who practiced in secret, the majority of practitioners lost their beliefs. It was not until the following Meiji Restoration where Japanese Christians could practice their religion openly again, and Christian missionaries re-entered the country to build schools and hospitals. Because Christianity has only been prominent in Japan for the past 150 years, most of the population is still unfamiliar with the religion. Singapore Religion: The 5 Most Common Religions

A current junior at Purdue University majoring in Health Communications, Bernice combines her love for science with writing. Fascinated with the growing healthcare industry, Bernice’s articles mainly focus on the latest trends of HealthTech, medicine, and building a healthy lifestyle. Besides writing for Hive Life, you can catch her brushing up her medical knowledge with the latest episodes of Grey’s Anatomy on Netflix.