Eiko Onishi, the founder of Pay-A-Vegan, aims to help build a cleaner and greener Hong Kong with her app that pays you a dollar for every plant-based meal you eat.


Hong Kong has one of the highest meat consumptions per capita in the world, with pork and beef consumption taking the top spots for the city. Moves are underway to change that, however – forces such as Green Monday, the social venture group behind all vegetarian grocery outlet Green Common and meat-free pork alternative Omnipork, and Impossible Foods, which is increasingly looking to customise its meatless offering to Asia’s markets – not to mention many others – have been forging the way. Now, Eiko Onishi, founder of Pay-A-Vegan, an app that pays users USD 1 for every plant-based meal they eat in Hong Kong, wants to reward consumers for making greener choices. She tells Hive Life how she aims to do it. 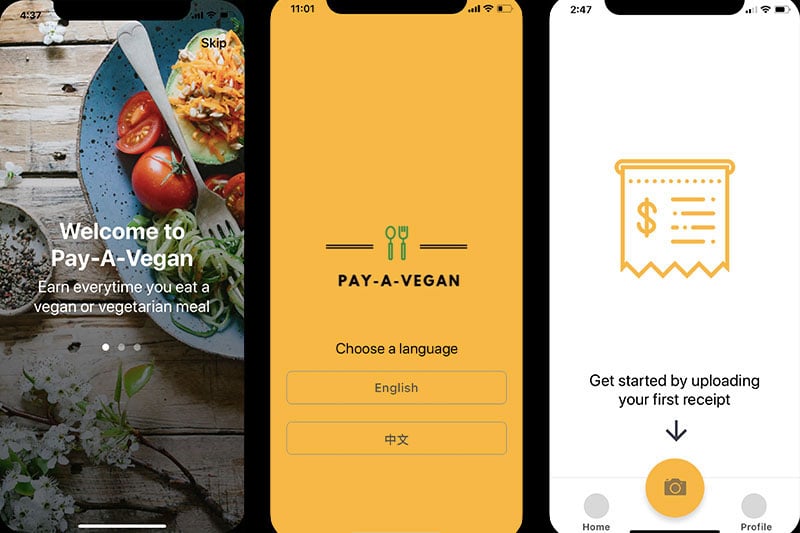 Certain from a fairly young age that she wanted to have a positive impact on the planet, Eiko started Pay-A-Vegan after completing a startup launch program course at The Founder Institute in December 2019. “What I aim to get out of Pay-A-Vegan is to have Hongkongers reduce their meat intake and have restaurants increase their green options,” she says. Currently, the venture is at the initial concept stage. “Set to launch this summer, every time an app user uploads a receipt of a vegan meal to the app, Pay-A-Vegan will credit the users with USD 1 to be used back at the restaurant the next time they visit. These receipts will give our team an idea of where the hotspots for vegan dishes are in Hong Kong, which we will then work towards partnering with. Currently, we are paying consumers in exchange for data,” Eiko explains. “Once we get that data, we can propose the chosen restaurants showing a strong vegan-consuming customer base. It puts us in a position to persuade them towards crafting a greener menu,” she continues. And, what’s in it for the restaurants? Eiko explains, “Every dollar app users get back can then be used at the respective restaurant.”

You might also like The Impossible Burger Hits the Shelves in the US. Will Asia be Next?

After announcing its concept to the general public, Pay-A-Vegan has seen positive feedback with restaurants already reaching out – and 500 app signups. “I believe that this is a global issue that everyone is concerned about. I’m excited to have everyone on board so we can build a greener Hong Kong together,” she explains. Her hope is that clear consumer evidence such as the data her app can provide will encourage restaurants to develop their vegan offering. “It’s quite difficult being vegan in Hong Kong if you dine out a lot. There aren’t a lot of choices.” She hopes, by asking the restaurants on her books to follow the money, she can change that.

You’ve Had The Meatless Burger. Is It Time To Tuck Into Meatless Fish?

Meet the Brains Behind Asia’s Snacking Phenomenon The Golden Duck